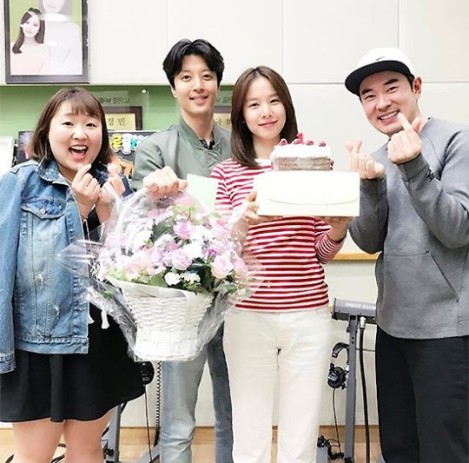 Celebrity couple Lee Dong Gun and Cho Yoon Hee made a guest appearance on KBS Cool FM “Volume Up” 1st anniversary episode on 9 May and showed off their sweetness.

The two actors were an pretty image of a happy married couple.

The show posted a picture of Dong Gun and Yoon Hee in their official Instagram showing them having a celebration party at the DJ’s 1st anniversary.

Lee Dong Gun and Cho Yoon Hee both made bright smiles with a cake and a flower basket in hand.

The crew added, “Because of the Lee Dong Gun who appeared in surprise, the studio atmosphere was so full of love that it was overflowing.”

Meanwhile, Lee Dong Gun and Cho Yoon Hee have been legally married after completing their recent marriage report. The official wedding will be held as soon as Dong Gun’s filming for KBS2 drama “7 Days Queen” wraps up.

Please copy complete credits. Refrain from hotlinking images and do provide proper linkbacks to the site. A little token of appreciation can do wonders, you know. Peace, love, and GV. – ©HOTSPICYKIMCHI ♔ 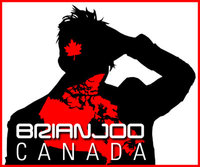